It has been an eventful two months full of GOATS at The Happy Herd!

A few days before Halloween, The Happy Herd received a call at 7 pm from a Langley Veterinary Clinic. There was an RCMP officer with 2 goats in his cruiser needing a bed for the night. Of course we said we could take the goats at The Happy Herd, and Constable Tobin delivered 2 of cutest little faces late that night. 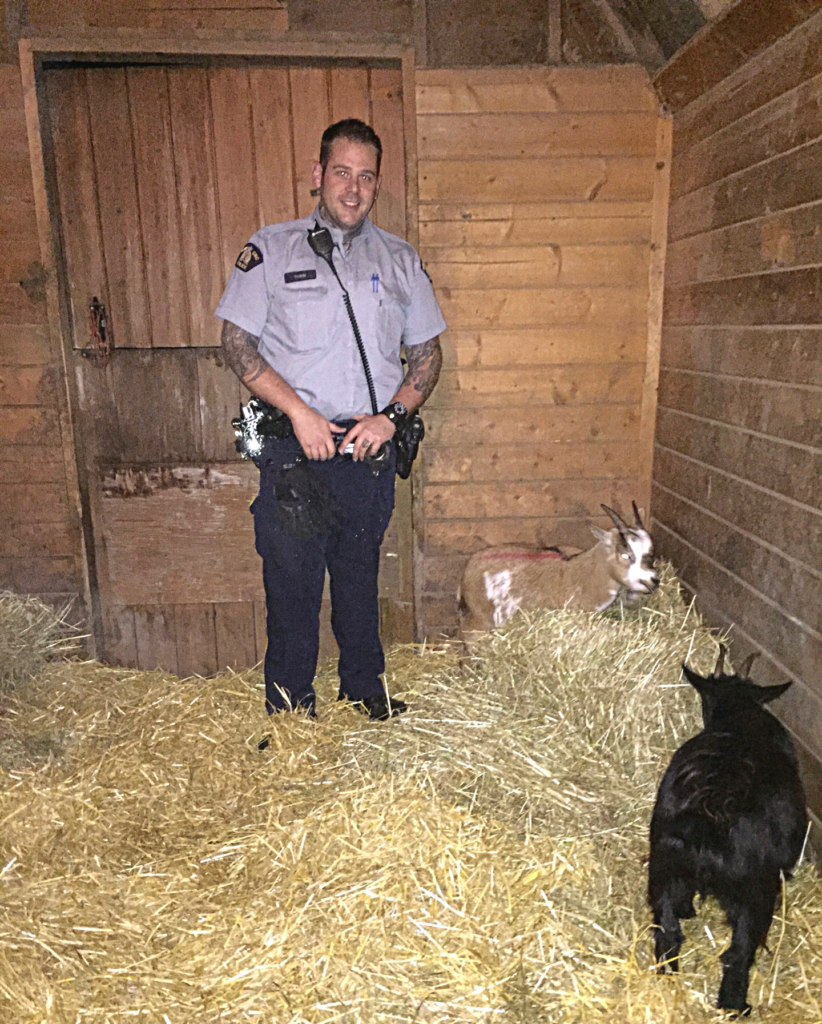 The 2 small goats were purchased at auction and taken home by their new owner; unfortunately, their future at their new home was not planned to last long. Due to Constable Tobin’s intervention our two newest long-term residents are alive, happy and will now live out their lives at The Happy Herd! 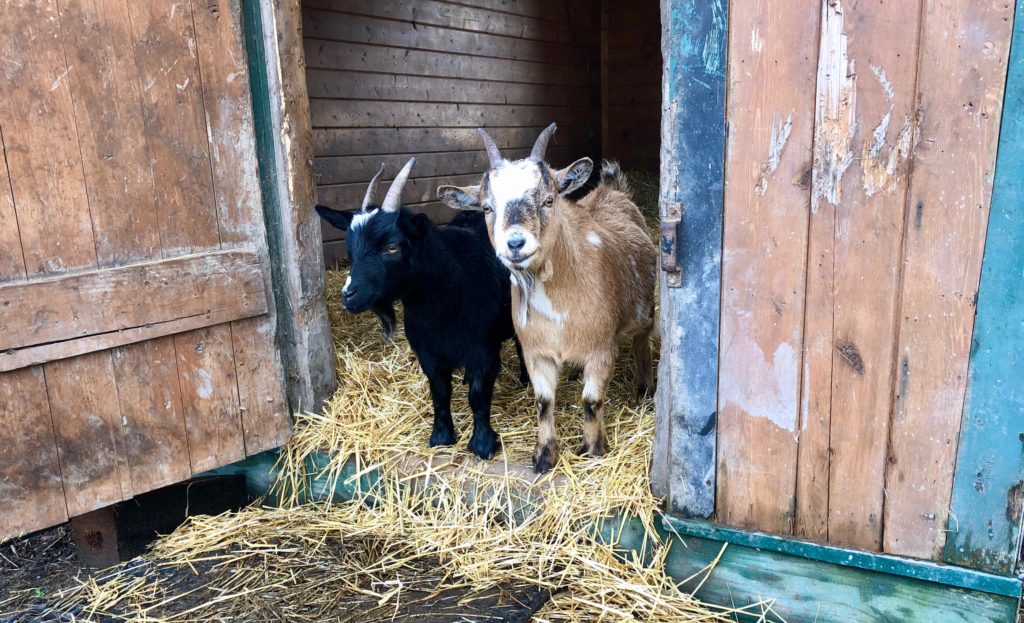 In the middle of November, The Happy Herd received an email about an abandoned goat. We went to see him and luckily he had a future home at a new sanctuary on the Sunshine Coast. The problem was, Max still needed to be ‘fixed’ before he could go to his new home on the coast. So, Max came to The Happy Herd for his operation and rest post-op for a few days. We also received an amazing surprise: his operation was paid for by a donation from S.A.L.I. 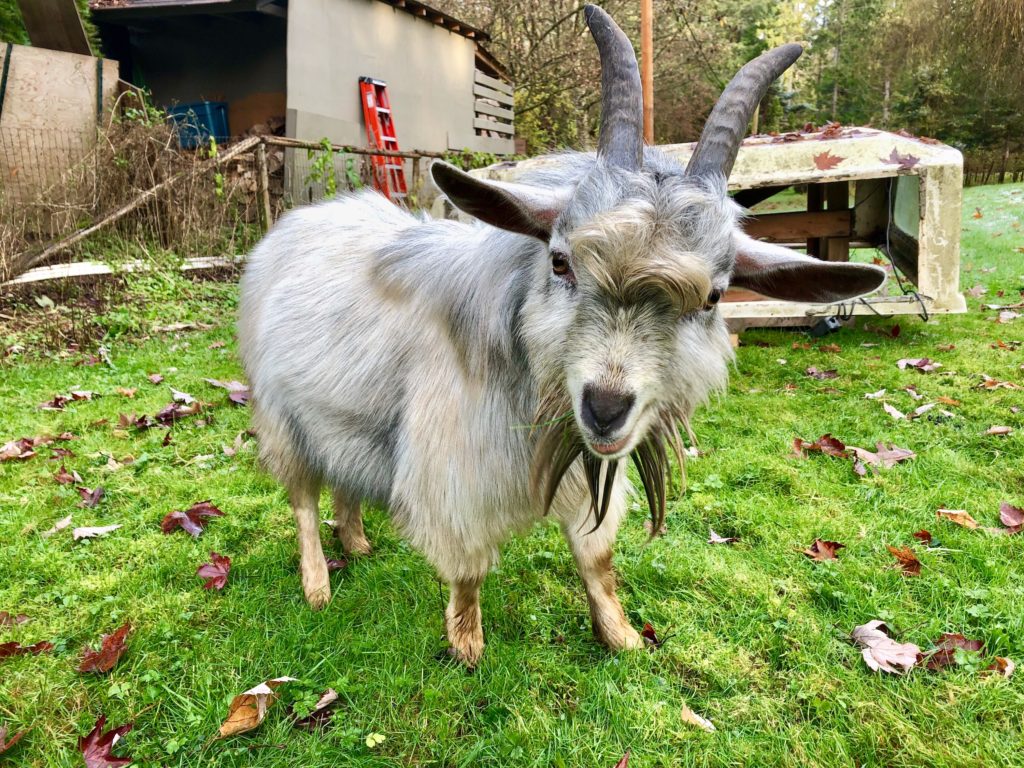 Shortly after Max arrived, we had a call from the SPCA looking for a home for a lame sheep. A few days later, both the sheep and Max were brought to their new home by the nice people from Little Oink Bank Pig Sanctuary and will live out their lives at Goats on The Rock Sanctuary with Sandra.

Fast forward to early December, a couple showed up at our gate and told us their goat needed a new home. Just a week earlier one of our supporters, Steve, had asked me to find him 2 goats to live with him on 10 acres. This was a happy coincidence! That weekend we took Steve to meet the goat, named Gertie, who came home in the back seat! The plan is for Gertie to stay with us at The Happy Herd until Steve’s barn was ready, but in the meantime Gertie needed a friend. 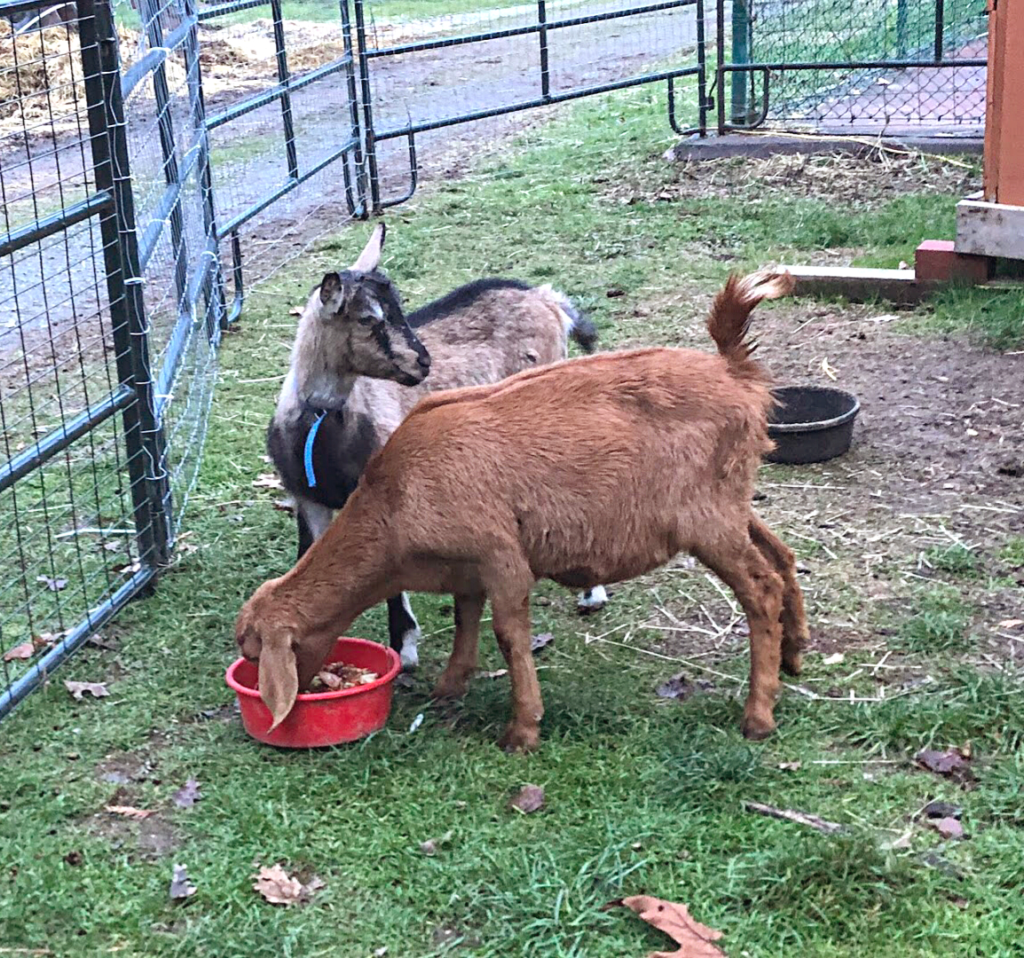 A few days after Gertie arrived, The Happy Herd received an email about another goat in a fire situation. He was terrified and lonely. We were headed out to see him that weekend, but had to postpone. Before we could reschedule, we got an urgent message from the woman trying to save the goat–  she and her husband offered to pick him up! We of course said to bring him to us. As soon as Elliott arrived he immediately bonded with Gertie and the two have become fast friends. Elliott is still very scared of people and won’t let anyone close to him, but we know this will quickly change with all the love he will have from our volunteers. When ready, both Gertie & Elliott will head off to their new home to live happily ever after on their 10 acre farm.

It really has been an exciting start to fall, full of goats at The Happy Herd!