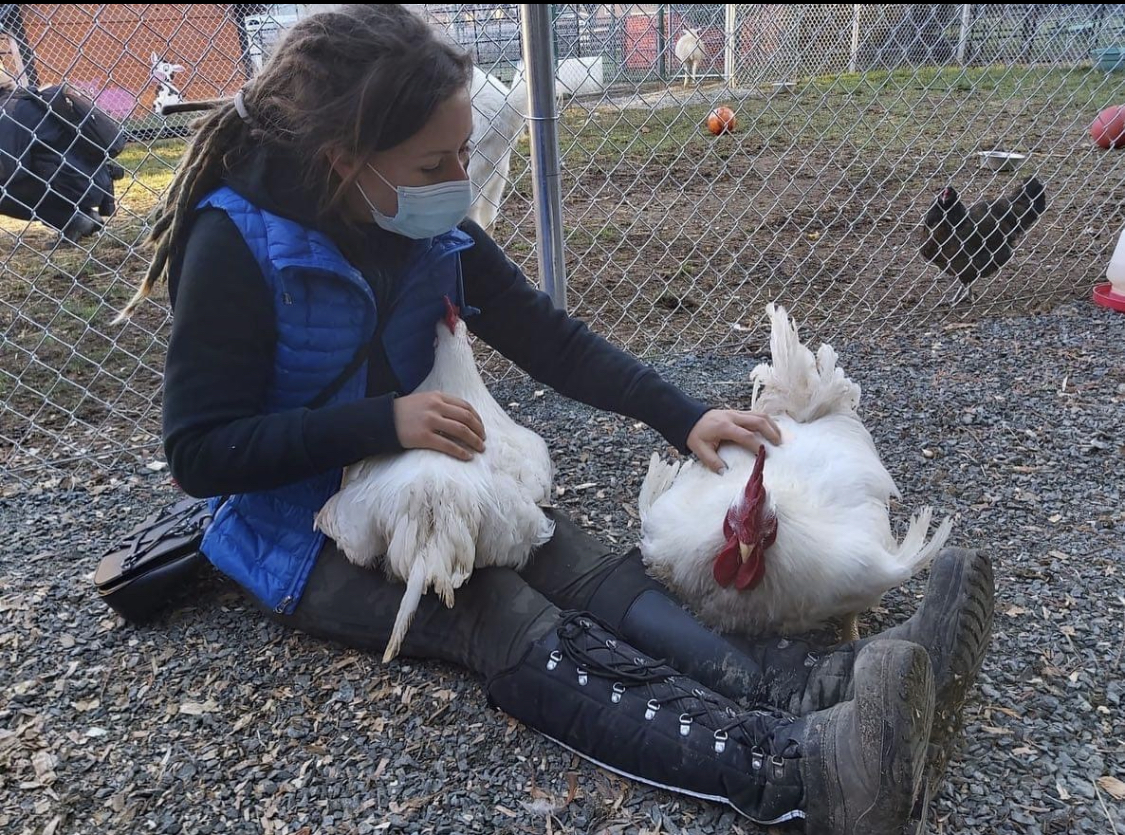 Though I’ve been an animal lover and a vegan for many years, I never used to think much of chickens. To me, they all seemed aloof, uninterested, and devoid of any unique personality traits. Little did I know that two unassuming chicks would show up in my life and change my heart forever.

Charlie and Roxanne were only a few weeks old when they arrived at the Happy Herd in August 2020, saved from a transport truck bound for slaughter. Roxanne had such an adventurous little soul–from day one he was out and about, making friends and exploring the farm. Charlie, who already struggled to walk at only 5 weeks old, hid inside the coop. I remember reaching out to pet him… the poor baby screeched in fear. Within seconds Roxanne arrived back in the coop to protect his older brother, putting his tiny body between Charlie and me. At that moment, something inside of me changed… I will remember it for the rest of my life!

It brought me tremendous joy to watch C&R settle into their new lives at the Herd. Roxanne continued to explore every inch of the farm and befriend sheep, pigs, turkeys, dogs, and humans alike.

It was impossible to sit or kneel down with Roxanne nearby, as he’d instantly jump into your lap for affection! One of our new volunteers even declared that she would never eat chicken again after experiencing Roxanne’s cuddles. He won the hearts of so many, and quickly became one of the most popular critters on the farm.

Charlie was a shy and sensitive boy… even at five weeks old he had trouble walking due to his massive size. In only 9 months he grew so large that he could only take a few steps before needing to sit down for a break. Though his entire existence was a struggle, Charlie persevered… he just loved being alive! He enjoyed sunbathing with his brother outside of their coop, eating grapes, and singing to anyone who would listen. Some weeks I would pick up an extra two or three volunteer shifts just to be able to see him! I fell in love with his gentle soul, his kind eyes, and his quirky personality.

Not a day goes by where I don’t think of these two… their passing devastated me and left a giant hole in my heart. Though they only spent 9 short months on earth, I believe they were sent to help me discover my purpose in life: having my own sanctuary and rescuing chickens and roosters from the meat and egg industries. I plan on calling it “Charlie’s Angels.”

I miss you every day C&R, love you forever 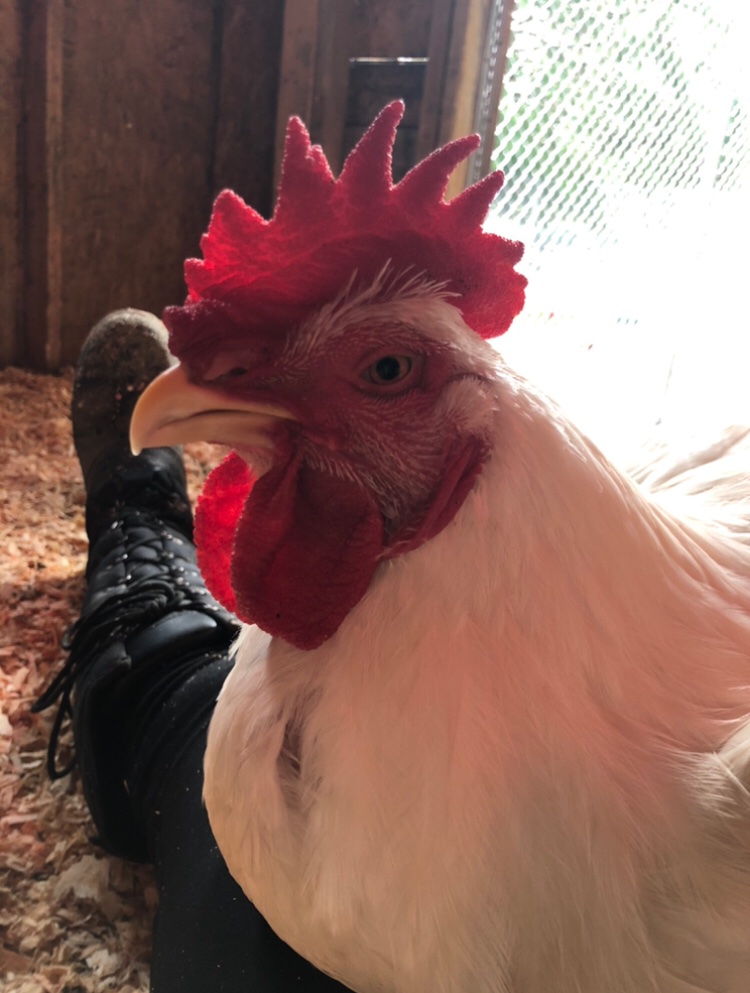 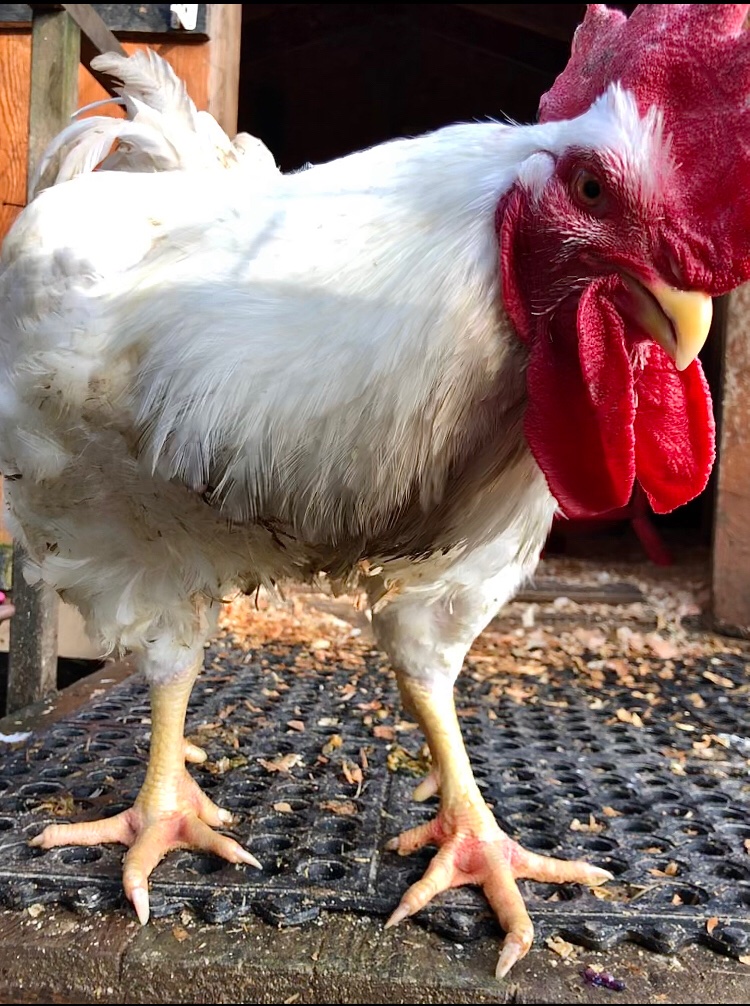